The Weatherfield Gazette is the local newspaper for the Weatherfield area. For decades it has reported the births, deaths, marriages and criminal behaviour of many Coronation Street residents. Ken Barlow is perhaps the most notable contributor to the publication and for a brief period he also ran a rival newspaper, the Weatherfield Recorder, before he was forced to sell it to the Gazette itself after the latter started a free sheet in May 1989. Ken struggled on with the paper for another eight months but in the end there wasn't enough advertising revenue around to support two titles, especially when Deirdre Barlow demanded half the profits of the paper as part of a divorce settlement from Ken.

At some point, the paper launched its own internet edition which allows reader's comments underneath the on-line stories.

They are the official sponsors of Weatherfield County FC.

Note: reference to matters such as job adverts, etc are not included in the list below. 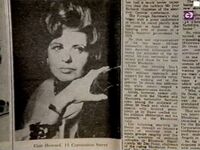 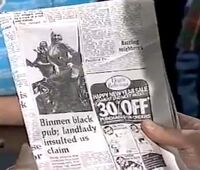 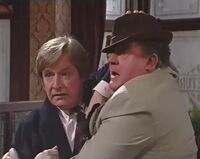 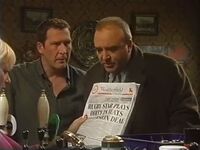 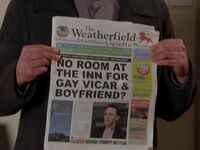 Note: In July 1976 the paper refused to employ Ernest Bishop on its staff as he was not a member of the National Union of Journalists. 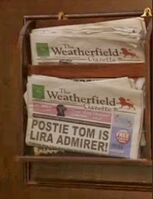