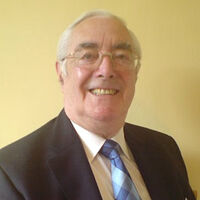 Vince Powell (born 6th August 1928 in Manchester, died 13th July 2009, Surrey), wrote 42 episodes of Coronation Street in the 1960s, eleven with regular partner Harry Driver and a further thirty-one solo. He was also, along with Driver, the programme's first storyliner for 50 epsiodes from October 1961 to April 1962 during which the pair worked on devising stories during the problematical Equity actors' strike, after which Driver worked alone or with other writers. Powell also had many joint writing credits with Driver on series like Nearest and Dearest (with Madge Hindle), and Bless This House and went on to solo success writing and creating comedies like Young at Heart and Never the Twain.

His early ambition, sustained by many visits to theatres to see comedy acts, was in the field of performing and he first worked on stage with a fellow engineering apprentice named Kevin O'Flaherty. He later advertised for another partner and met Harry Driver for the first time. In 1955 Driver contracted polio and was paralysed from the neck down and the two turned to writing instead finding early success with scripts for Harry Worth. As well as Coronation Street the two worked on the spin-off Pardon the Expression as well as Adam Adamant Lives!, George and the Dragon, Two In Clover, For The Love Of Ada and Never Mind The Quality, Feel The Width. Their partnership came to an end in 1973 with Driver's death, just a few months into working on Love Thy Neighbour. Powell continued alone with The Wackers, Mind Your Language, Bottle Boys and A Sharp Intake Of Breath. His career stalled in the 1980s as television executives moved away from traditional sitcoms to "alternative" comedy and Powell was constantly having to defend his work on series like Love Thy Neighbour and Mind Your Language against charges of racism, despite the fact that almost all of the people involved in the series (and few viewers at the time of the original transmissions) had no issues themselves.

Married twice and with three children, Powell published his autobiography, From Rags to Gags, in 2008.

(Note: all subsequent episodes were co-written with Harry Driver)

Retrieved from "https://coronationstreet.fandom.com/wiki/Vince_Powell?oldid=369478"
*Disclosure: Some of the links above are affiliate links, meaning, at no additional cost to you, Fandom will earn a commission if you click through and make a purchase. Community content is available under CC-BY-SA unless otherwise noted.