A Corrie fan in Cumbria

Hi everyone! Back with another blog post on a vaguely Corrie-related topic.

As this is 2021, my holiday plans fell through so I dusted off some old plans to visit the filming locations from the coach crash episode from 1969 (#923 if you're interested). As a Scot, the Lake District wasn't that far away and yet my experience of Cumbria didn't extend further than the M6 motorway. Finally, I decided to put that right. Here's the match report.

The night before: I sit down to plan my trip and the internet goes out. After turning the modem off and on again fails, I have a rant on Whatsapp and go to bed.

7.00am: I wake up and the internet's back on. Clearly it was just toying with me. I start planning my route.

10.30am: I belatedly set off, with a full tank of petrol, the satnav set for my first destination, and my laptop with the episodes on hand for referral purposes.

12.15pm: Arrival at Gretna Services. After queuing for a parking space, it dawns on me that this is a Bank Holiday weekend in England and this may not have been the best day for a drive (well, we get 2nd January off so I can't grumble). Nevertheless, I'm excited for the adventures to come as I drop a shameless tease on Twitter. 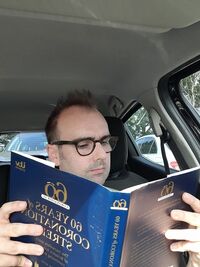 2.00pm: Well into the afternoon, I reach my first filming location of the day: Whitehaven Harbour. After a few minutes walk along the marina, you reach the West Pier Lighthouse where the showdown between Eileen and Pat Phelan was filmed in 2018. As you can see from the picture, you'll have to take my word for it that I'm in the right spot. 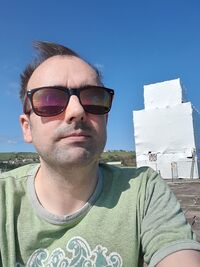 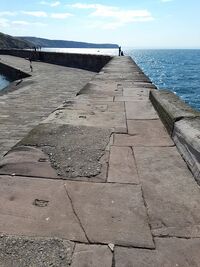 They don't appear to have repaired the guard rail that Phelan fell through yet, so beware travellers. Up here, there's nothing between you and the waters below. I suspect that B&B owner makes a good living from people falling to their apparent death.

In all seriousness, Whitehaven seemed like a lovely place its and I would have happily spent all afternoon here soaking up the sun if I didn't have a load of other locations to cram in.

3.00pm: Back on the road, heading south on the A595, eventually turning onto the A592 towards Windermere. As someone used to motorway driving, this was a really pleasurable drive with some stunning picturesque views along the way. Who says driving can't be therapeutic? It was very long though as the route is a bell shape, taking you almost as far south as Cartmel. I guess I could have dropped in on Mavis to break up the journey, but does anyone know where her guest house is? Because I don't really know... (We're pretty sure the team never filmed anything in Cartmel, for what it's worth)

4.45pm: Finally on the trail of the coach from the 1969 episode, I pull up at the Beech Hill Hotel. Starting here means I can recreate the journey of the coach crash in the correct order (though omitting the actual crash, one would hope). This is the pub the coach stops at mid-way through the episode, which I mainly remember for the exchange between Annie and Jack Walker as they disembark from the coach. Speaking of which, I've come prepared (accounting for inflation): 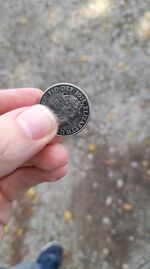 (EDIT: I'm reliably informed that the penny scene was actually filmed at Bowness on Windermere so ignore the last sentence)

I only spent a few minutes here as the car park was for patrons only and considering there was a pay-and-display car park next door (which I missed on the way in) and this one was full, I decided to just take the pictures and run. Disappointingly, there was no ice cream vendor like the one Ena and Minnie used and frankly, the episode doesn't show much that's immediately recognisable anyway. 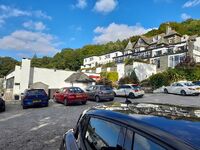 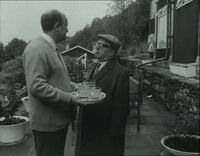 5.15pm: Just a few minutes up the road is Storrs Hall, another hotel with a patron-only car park. This one was bigger and not as full so I didn't feel so bad about leaving my car here for a few minutes while I took the trail down to the lake and to a much more recognisable location. 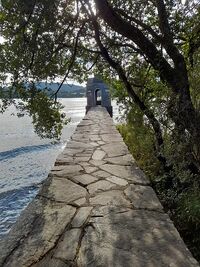 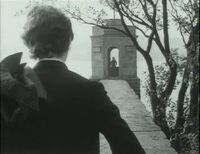 This is the stone jetty where Ray Langton and Audrey Fleming canoodle until they're caught by Dickie. This is exactly as it was in 1969, if anyone fancies role-playing as Ray, Ken, Audrey and Dickie. I didn't have enough people for the fight, but I did Audrey's walk of shame across the bridge. 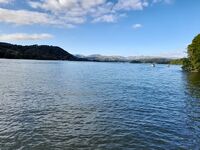 RIP Joe McIntyre. The waters in Cumbria are just a magnet for Corrie characters, aren't they?

6.00pm: The last stop before the crash, Brockhole on Windermere, the Lake District Visitor Centre, where Annie and Jack's walk through an ornate garden was filmed. This was fairly easy to find within the grounds as it's behind the main house (the building itself was another story - I missed the entrance entirely on the first drive through, but this is what happens when you have private driveways right next to entrances to major tourist attractions that look almost the same, in the height of summer when everything around them is in full bloom). 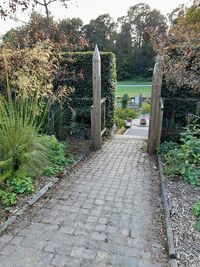 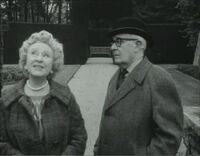 I'm afraid Mrs. Walker wouldn't have found Brockhole very tranquil today, as there's a treetop adventure there now and it was bustling with families enjoying themselves. I can see the withering look from here. By the time I got there, they were an hour away from locking the gates so I definitely made the right decision to power through and not stop to eat.

I also hoped to find the bridge where Elsie talks to Val at Brockhole but there was nothing like that here. It may have been at one of the other locations or another place entirely.

6.30pm: Four locations down and heading back north towards Penrith on the A592, on the lookout for any coaches careening off the road. This took me through the more vertical part of the Lake District, with views that were somehow even more breathtaking than the ones on the A595. I felt compelled to stop and take some shots. 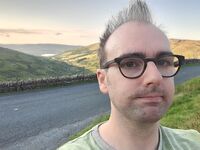 In fact, the scenery in this part of the journey was so head-turning that I nearly had that crash after all. The road narrows and widens and has sharp turns all along this route. I was sure at one point I'd destroyed the left side of my car by not leaving enough room for a rogue brick wall leaning to one side. Also may have trespassed on someone's land going by the bemused look they threw at me.

7.10pm: I'm running low on time so one location just got a drive-by. I'm now following a teenage Steve McDonald and Joanne Khan's trail from when they went off on Jim's motorbike in 1990. The first of two locations here (both from Episode 3100) is the outside of the White Lion Inn in Patterdale, where Steve tried to strike a deal with a mechanic. Next, further up the road in Ullswater, is the Inn on the Lake, the hotel where Steve and Joanne found jobs (Corrie sure does love its four-star hotels). I wasn't allowed on the terrace so couldn't get the shots I wanted, having to make do with one of the hotel from the front. 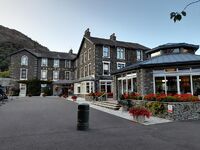 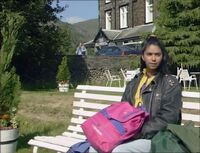 7.45pm: Final location of the day, and an easy one for any location hunters as it's just off the M6 at Penrith. This is from the 1987 storyline where Brian Tilsley snatched Nicky and took him north to hide from Gail (episode 2738, to be precise). The exact location is Devonshire Street, Penrith, recognisable by the Penrith Clock Tower in the background. 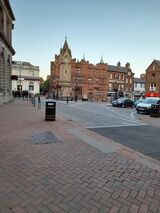 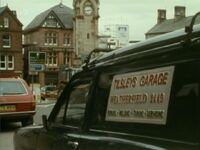 After that, it's a quick trip to the petrol station and back on the M6, crossing the border into Scotland as it begins to get dark.

So that's my day in a nutshell. We suspect Whitehaven is the furthest north Corrie has filmed - all I need now is for the team to push it a little bit further now and film in Scotland, and my life will be complete. My main takeaway from today is not so much the Corrie connection - that's just an added bonus when it comes down to it - but seeing this beautiful part of the country for the first time. I'll be back!

*Disclosure: Some of the links above are affiliate links, meaning, at no additional cost to you, Fandom will earn a commission if you click through and make a purchase. Community content is available under CC-BY-SA unless otherwise noted.
Advertisement
FandomShop Newsletter Join Fan Lab