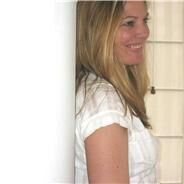 Tessa Hoffe was born in New Zealand and directed 52 episodes of Coronation Street between June 2005 and July 2010, returning to the programme in April 2016.

She attended The New York Film Academy in 1994 and then worked extensively in her native country, including directing episodes of their prime-time soap Shortland Street. She has also directed episodes of Grange Hill, Hollyoaks, Hollyoaks: In the City, Emmerdale and Hollyoaks.