Quietly spoken Robbie Sloane was Tony Gordon's henchman and a convicted murderer, who he met and befriended whilst sharing a cell at Highfield Prison in 2010. When Robbie was due to be released, Tony planned an escape so he could get revenge on his ex-wife Carla Connor and cafe owner Roy Cropper for his downfall after murdering Liam Connor. He hired Robbie to be his eyes and ears on Coronation Street to monitor Roy and Carla and also to get a gun so he could assist with Tony's prison break. When Tony faked a heart attack and was rushed to Weatherfield General, Robbie pulled over the ambulance with a van and used a gun to get the prison officer with Tony to release him.

He integrated himself with the street residents, finding a fellow train enthusiast in Roy and conning Carla into thinking that he was interested in buying factory seconds. However this was a ruse to get her alone. He took Carla and Roy's wife Hayley hostage in Underworld and Tony later turned up. Carla pleaded with Robbie and told him Tony would just turn against him as well. Robbie's plan was to take the £2,000 pay-off from Tony and try to make amends with his son, but when Tony couldn't get the money for Robbie, he pointed the gun at Tony. Carla attempted to persuade Robbie into shooting Tony, although, Tony convinced Robbie to hand the weapon over. Carla was convinced that Tony wouldn't shoot because he "didn't have the bottle" and Tony played along, only to then use the gun to shoot Robbie dead. His badly damaged body was recovered from the destroyed factory the following day along with Tony's.

Even though Robbie's death was aired on 7th June 2010, he died on 1st June 2010 as the Underworld siege was set on that day. Killed in Episode 7354, Robbie was credited in the following episode as his corpse was seen. 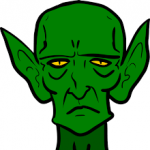