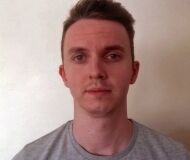 Rob Phillips was a storyliner on Coronation Street between November 2018 and March 2019 with 103 episodes to his credit.

Rob studied Scriptwriting for Film and Television at Bournemouth University and has also worked on Hollyoaks contributing eight scripts. He was selected for the EastEnders shadow scheme and the EastEnders E20 Writers School. He was also shortlisted for the Red Planet Prize, the BBC Writersroom Scriptroom 10 and the BBC Radio Drama Alfred Bradley Awards.

Retrieved from "https://coronationstreet.fandom.com/wiki/Rob_Phillips?oldid=371212"
*Disclosure: Some of the links above are affiliate links, meaning, at no additional cost to you, Fandom will earn a commission if you click through and make a purchase. Community content is available under CC-BY-SA unless otherwise noted.