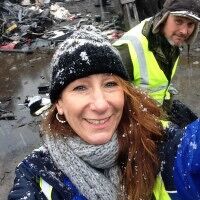 Pip Banyard directed 18 episodes of Coronation Street from August 2007 to May 2009. Previously an independent programme maker of popular documentaries such as 100 Greatest TV Moments from Hell, Bad Hair Days and Les Dawson's Lost Diaries, she won the chance to work on Granada drama productions as part of a talent initiative put forward by the company in 2004 whereby the winners would be mentored for a year by an experienced director with a view to working on Coronation Street and Emmerdale. The other winning candidates who eventually worked on the programme were Sean Crotty, Mark McKillop, Neil Alderton and Dayle Evans-Kar.