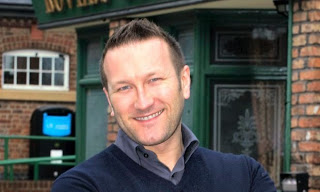 Phil Collinson was the producer of Coronation Street from 2010 to 2013, taking over from Kim Crowther. His first episode in that role was Episode 7388 (26th July 2010). Uniquely, he also once appeared in the programme as a character named Bob Wright in Episode 4302 (19th November 1997).

Collinson was involved in Coronation Street's 50th Anniversary, which involved a major storyline where an explosion at The Joinery caused a tram to derail from the viaduct crashing into the Street, killing off several characters. He had axed Molly Dobbs, who was killed in the tram crash and the long-running Peacock family, where Ashley Peacock was killed off after being crushed by the collapsing viaduct.

In October 2012, it was announced that Collinson would be leaving the post in January 2013, to be replaced by Emmerdale producer Stuart Blackburn. His last episodes were broadcast in April 2013, which circled around a fire at the Rovers Return Inn and character Karl Munro killing Sunita Alahan.

Prior to working on Coronation Street, Collinson previously served as a storyliner on Emmerdale in 1998.

Retrieved from "https://coronationstreet.fandom.com/wiki/Phil_Collinson?oldid=309047"
Community content is available under CC-BY-SA unless otherwise noted.