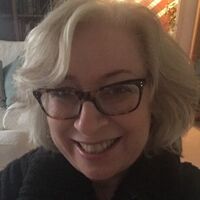 Penelope Shales-Slyne worked as a director on Coronation Street from April 1995 to January 1996 returning to the programme for further stints between July and August 2001, in July 2019 and in November 2021. She has 25 episodes to her name, including two co-credited with Anne Ross Muir and one with Garth Tucker, as well as one double episode.

Her other credits include Grange Hill, The Bill, Family Affairs (which she also produced), Fair City, Hollyoaks and EastEnders.

She teaches directing at postgraduate level, and did two years on the Kenyan soap Makutano Junction teaching local directors and production crews.