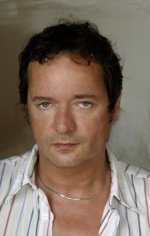 Paul Abbott (born 22nd February, 1960) is an award-winning television scriptwriter and producer. He became one of the regular writers on the show, between February 1989 and June 1995, scripting 53 episodes, one of them co-written with Tom Elliott.

His first connection with the programme was as a storyliner, a role he carried out with various writers in the following stints:

He has since gone on to achieve great success in British television, producing the BAFTA-winning second series of Cracker and creating the popular Channel 4 series Shameless. He also co-created Children's Ward with Kay Mellor.

Abbott married actress Saskia Downes in 1993, who has also appeared on Coronation Street in guest roles.

Retrieved from "https://coronationstreet.fandom.com/wiki/Paul_Abbott?oldid=169571"
*Disclosure: Some of the links above are affiliate links, meaning, at no additional cost to you, Fandom will earn a commission if you click through and make a purchase. Community content is available under CC-BY-SA unless otherwise noted.