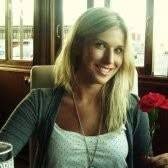 Natalie Keane-Aspin was a storyliner on Coronation Street from September 2018 to March 2019 with 155 episodes to her credit. She has also been a script editor on the programme, conducting this function between August 2017 and June 2018, and from January 2020 onwards for a further 75 episodes.

She graduated from Birmingham University with a degree in English and creative writing and has also been a researcher and script editor for the independent production company Lime Pictures and the BBC prior to joining ITV.

Retrieved from "https://coronationstreet.fandom.com/wiki/Natalie_Keane-Aspin?oldid=374945"
*Disclosure: Some of the links above are affiliate links, meaning, at no additional cost to you, Fandom will earn a commission if you click through and make a purchase. Community content is available under CC-BY-SA unless otherwise noted.