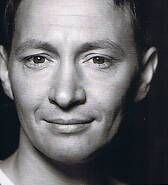 Mickey Jones has worked as a director on Coronation Street from August 2012 with 66 episodes to his credit, including two double episodes. Prior to joining the show he also directed three other major soaps: EastEnders, Hollyoaks and Emmerdale and was also a storyliner on Coronation Street under the name of Michael Poppins for 4 episodes in November 1998.

Prior to this behind the scenes work, he was an actor under the name of "Mickey Poppins" appearing in series such as Lovejoy, The Bill, Brookside and Family Affairs as well as the film Priest which starred Linus Roache.