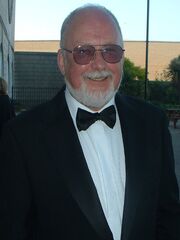 His other credits include EastEnders, Eldorado, Family Affairs, Emmerdale, the revamped Crossroads in 2002 and Byker Grove, the latter earning him a BAFTA Nomination in 2001.

Recent directing credits include the action thriller Tanner (2007) the period thriller Murder by Appointment (2009) and the documentaries The Bolton Bullfrog (2008) and Dad's Army & Beyond: The Frank Williams Story (2008).

In 2011, he directed a live section for BBC1's National Treasures Live, and behind the scenes for Jason Manford Live in the same year. He also shot a series of educational DVDs about the English language in 2010. He was Special Guest Director on the critically acclaimed short film A Voice to Die For in 2013.