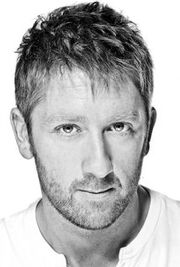 Mark Strange (born 8th October 1973) is a Fight Arranger who has contributed to 118 episodes of Coronation Street since April 2014, including thirteen co-credits with Kate Waters.

He began his career as a martial arts expert, taking part in several championships and running his own academy in Leyland before turning his attention to acting and stunt work in the late 1990s. He has since appeared in The Medallion, The Twins Effect, Batman Begins, Mersey Cop, Bodyguard: A New Beginning, Displaced and Underground.

Retrieved from "https://coronationstreet.fandom.com/wiki/Mark_Strange?oldid=366932"
*Disclosure: Some of the links above are affiliate links, meaning, at no additional cost to you, Fandom will earn a commission if you click through and make a purchase. Community content is available under CC-BY-SA unless otherwise noted.