Karl Foster was an overly confident nurse at Weatherfield General who was the best friend of Katy Harris. He was openly gay. Karl was also good friends with Coronation Street resident Sean Tully. He was fun-loving and arrogant, yet had a soft side for friends.

In 2004, he embarked on a relationship with fellow street resident Todd Grimshaw. Their clandestine affair remained a secret until Todd revealed to his girlfriend Sarah Platt that he was gay and that, in fact, he and Karl had been seeing each other. Because Todd could not choose between Karl and Sarah, Karl ended their relationship.

Following the revelation, Martin Platt, Sarah's stepfather, attacked Karl in the hospital corridor, which was captured on CCTV and later replayed to Martin when he was in the frame for murdering neighbour Tommy Harris the following year. When Todd's newborn son Billy died, Karl returned to visit Todd. 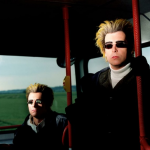