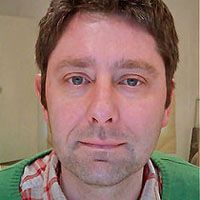 David Isaac was a script editor on Coronation Street for 118 episodes between March 2015 and March 2017 (five of them co-credited with Verity MacLeod). He then became a script writer on the programme from July 2017 and has since contributed 60 episodes including six double episodes as sole writer and six more as a co-credited writer.

Formerly a supervising solicitor, he studied part-time on and graduated with an MA in Scriptwriting for TV and radio at Salford University. He was previously a script editor on Doctors and has also contributed scripts to Going to Mecca, Lunch Monkeys (which gained him an RTS North Awards nomination) Life of Riley, All at Sea, Not Going Out and Citizen Khan. On radio, he was a writer for The Archers and Comedy Spinner.