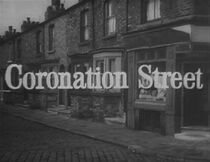 The Equity actors' strike ended on 3rd April after raging on for over five months. The latter weeks of the dispute saw Coronation Street's cast reduced further, with Philip Lowrie's contract expiring at the end of February (although Lowrie had wanted to leave anyway). The programme's production was also hit, with the demands of creating storylines involving solely the thirteen remaining characters causing writer/storyliner Vince Powell to leave. According to then-writer John Finch, if the strike had gone on long enough that all of the actors' contracts ran out (ie. forcing production to shut down), the return of the programme wasn't guaranteed. Fortunately, ITV reached an agreement with Equity on 28th March, ending the strike two months before contracts ended.

Returning Coronation Street's cast to full capacity was a gradual process which continued for the rest of the year. Storylines were planned so far in advance that it wasn't until mid-May that actors other than the core cast were given starring roles; Jennifer Moss had returned as Lucille Hewitt for one episode on 23rd April, but her appearance didn't affect the plot and was easily slotted in to a completed script. Moss came back permanently with Episode 150 on 21st May. Priority was given to characters who were supposed to have been living in Coronation Street (or close by) for the duration of the strike, and so Esther Hayes, Christine Hardman, Sheila Birtles, Emily Nugent, Doreen Lostock and Leonard Swindley all re-appeared in the following weeks. As actresses Daphne Oxenford and Christine Hargreaves were only available for a few weeks, their characters Esther and Christine moved out of Coronation Street almost as soon as they returned. Hargreaves signed a new contract in October after completing her theatre commitments, while Esther was strictly a recurring character post-strike.

Subsequent returns included Anne Reid as Valerie Tatlock in July, and in November, Kenneth Cope, Anne Cunningham and Ernst Walder as Jed Stone, Linda Cheveski and Ivan Cheveski respectively. Valerie and Jed moved into the street, with Val marrying Ken Barlow and Jed becoming Minnie Caldwell's lodger, but the Cheveskis returned to their new home in Canada after two months. Jack Watson returned as Bill Gregory for two weeks in July to finish off the storyline of Elsie finding out he was married which had been dropped with the commencement of the strike. Some characters didn't return; including Jean Stark, Phil Braithwaite and Norman Dobson, despite all three living in Coronation Street at the onset of the strike.

Script editor H.V. Kershaw replaced Derek Granger as producer with Episode 140 on 16th April. Kershaw would be the go-to producer for Coronation Street for the following 11 years, with nine separate stints in the role, and several as executive producer.

Due to the focus on bringing characters back, only one actor joined the main cast in 1962; Graham Haberfield as young builder Jerry Booth, who became Len Fairclough's apprentice. Meanwhile, Len's role grew, with Peter Adamson effectively becoming the programme's leading man with much focus on Len's will-they-won't-they relationship with Elsie Tanner, which arose during the strike, as well as his new joinery business. Meanwhile, Reginald Marsh was first seen as London-born bookie Dave Smith, a role he played on a recurring basis until 1976. The year's biggest storyline featured the snatching of baby Christopher Hewitt - born to Concepta and Harry in August - by Joan Akers (see "Viewing figures" section below).

At the end of the year, the cast size was still lower than it was before the strike hit in October 1961. Having proved that it could function with a cast of thirteen and still attract huge audiences, Coronation Street's casting budget did not rise fast enough to combat the increasing cast salaries. This resulted in several houses in the street lying empty for large portions of the 1960s.

Coronation Street stirred up an unexpected controversy when, in Episode 149, Ena Sharples wrote to Prince Philip asking for his help in stopping Coronation Street from being renamed Florida Street. This contravened a law stating that living members of the Royal Family couldn't be mentioned by name in stage plays or films. The Postmaster-General contacted Granada and told them to drop all references from future scripts but no further action was taken. After this, other programmes began to mention the Royal Family and the law quietly fell into disuse.

In a reflection of the changing lives of people in the working class north, No.9 became the first household in the street other than the Rovers to have a phone installed.

Coronation Street was at number one at in the ratings in all but two weeks of the year. Due to several episodes tying for first place, 57 episodes reached the top - the programme's highest ever number.

With an audience of 8,406,000 homes, Episode 189 on 3rd October was the highest-rated episode of Coronation Street up to that point. The record was quickly broken by the following episode, in which Elsie Tanner found the missing Christopher Hewitt alive and well with Joan Akers and convinced her to return the baby to the Hewitts. As well as being the most-watched episode of the year with 8,868,000 homes / 19.509 million viewers, it was the highest ever audience recorded for a British television programme, beating the 8,480,000 homes which had watched the Royal Variety Performance in November 1961. Just three weeks later, the 1962 Royal Variety Performance attracted an audience of 9,255,000 homes, breaking Coronation Street's short-lived record.

In one of Coronation Street's most successful years, every month built upon 1961's audience averages. The yearly average was 16.80 million viewers - a 29% increase on 1961.