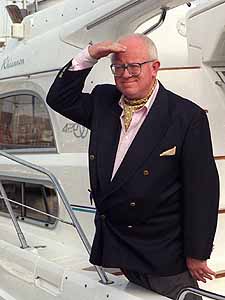 Coronation Street - After Hours was a spin-off from the main programme that was transmitted on six consecutive evenings from Monday 8th November to Saturday 13th November 1999.

The programme would seem to have been devised as part of a strategy to boost ITV's late evening ratings following the removal of the news from its 10.00pm slot in March of the same year. In the run-up to Christmas the schedulers planned an aggressive package of programmes to retain the viewers throughout the evening starting with Emmerdale, Coronation Street and Who Wants to be a Millionaire which was then at the peak of its popularity.

The special was announced on 10th August and its main selling points were the return to the programme of characters Bet Gilroy and Reg Holdsworth who had both departed in 1995. Julie Goodyear claimed in interviews that she had been enticed back by the scripts (by regular writers Peter Whalley, Phil Ford, Tom Elliott and David Lane) which she said were the best she'd ever read. At the time of the announcement Granada had no firm plans for its transmission, even considering showing the spin-off as one long episode. Filming took place in Brighton and Calais in the summer months over a five-week period. Unlike the parent programme it was not shot by the multi-camera method but by a single video camera, not unlike film work. There was some speculation that a late-night slot would lead to a more "adult" presentation than the usual "family" fare of the main programme but in the event it stayed firmly within the boundaries expected by its viewer base.

As well as Bet and Reg, Chloe Newsome returned for a final time to play Vicky McDonald and the then-current characters of Steve McDonald and Vik Desai provided the narrative link from the parent programme as they stopped off in Brighton on the way to France to buy cheap booze to sell it at a higher price back in Weatherfield and clear Steve's outstanding tax bill. The main guest star was Crispin Bonham-Carter who was best known to viewers for his portrayal of Mr Bingley in the BBC's highly-successful adaptation of Pride and Prejudice four years before. Former Street director Mary McMurray produced the special and then executive producer of the Street Carolyn Reynolds fulfilled the same role on the spin-off. All six episodes were directed by Adrian Bean, and Julian Perkins was the production designer on the story.

Although the five weekday episodes were transmitted at 10.00pm, the Saturday episode had a 7.30pm timeslot. It also pulled in the highest viewing figures of the six episodes with 11.95 million watching although the Monday edition was not far behind with 11.15 million. This was double the number achieved by the news in the same slot earlier in the year and the Sunday People of 14th November claimed that ITV bosses were so pleased that former Street producer David Hanson had been made a special projects director with the aim of a series of specials featuring the characters of Bet and Reg. Whatever the truth of this story no further spin-offs of this nature ever made it to the screen.

An omnibus of the first five episodes was transmitted on ITV2 on Saturday 13th November at 6.00pm.

On Monday 15th November, two days after transmission of the sixth episode, the story was released as a video under the title The Rover Returns with the storyline edited down into one "omnibus" version. The video also contained a special "behind the scenes" feature and cast interviews.

The spin-off has since also become known as The Brighton Bubble. It should be noted that in the TV Times and on screen the six episodes were transmitted under the title of Coronation Street with the usual Eric Spear theme music and the title and credit captions matched those used in the parent programme at the time (although the usual "rooftop" title sequence was replaced by shots of the locations used in the story). This branding meant that an impression was created for viewers that they were watching an additional six episodes of the normal programme.

Retrieved from "https://coronationstreet.fandom.com/wiki/Coronation_Street_-_After_Hours?oldid=248675"
*Disclosure: Some of the links above are affiliate links, meaning, at no additional cost to you, Fandom will earn a commission if you click through and make a purchase. Community content is available under CC-BY-SA unless otherwise noted.