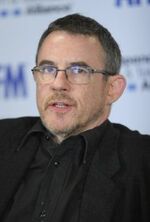 Charles Sturridge (born 24th June, 1951) worked as a director on Coronation Street in 1978 with 15 episodes to his credit. Previously an actor (he played Edward VII as a teenager in the 1975 serial by ATV of the same name), he has gone on to great success in film, directing Fairytale: A True Story and Shackleton. He both wrote and directed episodes of the 1981 series Brideshead Revisited, as well as directing the critically-acclaimed 1996 mini-series Gulliver's Travels.

In 2010 he returned to his Street connections when he directed the fiftieth anniversary drama The Road to Coronation Street in which his wife Phoebe Nicholls played Doris Simpson, Tony Warren's mother.

Retrieved from "https://coronationstreet.fandom.com/wiki/Charles_Sturridge?oldid=274110"
*Disclosure: Some of the links above are affiliate links, meaning, at no additional cost to you, Fandom will earn a commission if you click through and make a purchase. Community content is available under CC-BY-SA unless otherwise noted.