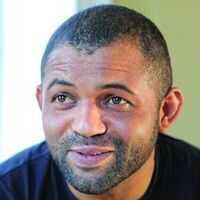 A graduate of the University of Leeds with a BA(Hons) in creative writing, he has also been a copywriter and communications manager as well as producing scripts for EastEnders, Doctors and Casualty, the radio plays Vegan Wedding and Triple Word Score and the stage plays Bittersweet Sunshine, The Thing about Psychopaths and Evie's Story.

Retrieved from "https://coronationstreet.fandom.com/wiki/Ben_Tagoe?oldid=323084"
Community content is available under CC-BY-SA unless otherwise noted.