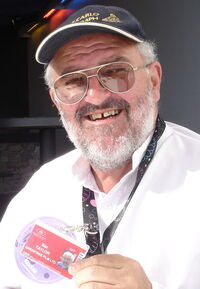 He has both produced and directed episodes of The Bill, and his other directorial credits include A Family at War, Shabby Tiger, Sam, Moody and Pegg, Crown Court, The Eagle of the Ninth, Born and Bred, Hazell, Play for Today, Auf Wiedersehen, Pet, Boon, Dempsey and Makepeace, Heartbeat, Lovejoy, Shine on Harvey Moon, Birds of a Feather , Midsomer Murders and My Family.

Retrieved from "https://coronationstreet.fandom.com/wiki/Baz_Taylor?oldid=325188"
Community content is available under CC-BY-SA unless otherwise noted.