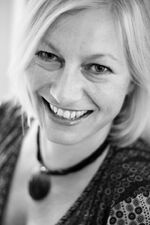 Audrey Cooke has been a director of Coronation Street since 2013 and has so far contributed 74 episodes including three double episodes. She trained in stage management at Central School of Speech and Drama and her first direction credits were for comedy shows at the Edinburgh Festival. Her long list of television credits includes Brookside, This Life, The Mrs Bradley Mysteries, Fat Friends, The Bill, EastEnders, Holby City, Waterloo Road and Midsomer Murders.